On Saturday, January 13, 2018, thirty-four teams from around the state competed in the IQ Robotics Tournament at FHHS gym. There were over 300 people in attendance.

IQ allows competition between students from second grade to sixth grade. The results of the tournament were as follows:

Our next IQ Tournament is January 27 right here at Fountain High School. 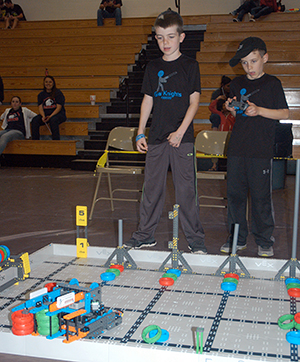 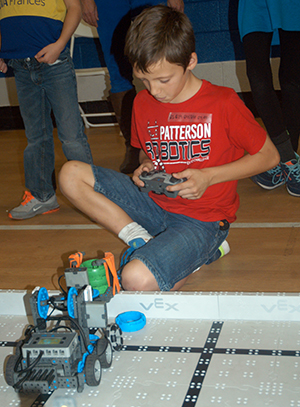 The first Vex IQ robotics competition for K–6 students was at the Fountain Hills High School gym on Saturday, July 30, 2016. Thirty-one registered teams were reduced to twenty-six once no shows and one team with mechanical difficulties were eliminated. Over 350 people were present including teams, coaches, staff, parents, and friends. The teams all did well and represented their schools well.

Fountain Hills represented eleven of the teams present. Ivey Violet and Jill Cooper were the lead team coaches from the Fountain Hills Elementary and Four Peaks schools. When all was tallied at the end, these were the results: team 10563 Radio Active from Microchip received the excellence award. They also won the program skills award where teams would preprogram a robot to get points. Team 514B, the Banana Bots from East Valley Robotics, and 10563 Radio Active won the team champions. Team 10563C Team Radio Active won the judges STEM award for their STEM project.

We are proud of all teams who participated.